The Social Context of Technology: Non-ferrous Metalworking in Later Prehistoric Britain and Ireland 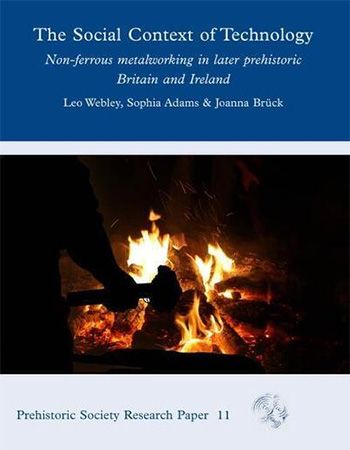 The Social Context of Technology explores non-ferrous metalworking in Britain and Ireland during the Bronze and Iron Ages (c. 2500 BC to 1st century AD). Bronze-working dominates the evidence, though the crafting of other non-ferrous metals – including gold, silver, tin and lead – is also considered. Metalwork has long played a central role in accounts of European later prehistory. Metals were important for making functional tools, and elaborate decorated objects that were symbols of prestige. Metalwork could be treated in special or ritualised ways, by being accumulated in large hoards or placed in rivers or bogs. But who made these objects? Prehistoric smiths have been portrayed by some as prosaic technicians, and by others as mystical figures akin to magicians. They have been seen both as independent, travelling ‘entrepreneurs’, and as the dependents of elite patrons. Hitherto, these competing models have not been tested through a comprehensive assessment of the archaeological evidence for metalworking.

This volume fills that gap, with analysis focused on metalworking tools and waste, such as crucibles, moulds, casting debris and smithing implements. The find contexts of these objects are examined, both to identify places where metalworking occurred, and to investigate the cultural practices behind the deposition of metalworking debris.

The key questions are: what was the social context of this craft, and what was its ideological significance? How did this vary regionally and change over time? As well as elucidating a key aspect of later prehistoric life in Britain and Ireland, this important examination by leading scholars contributes to broader debates on material culture and the social role of craft.