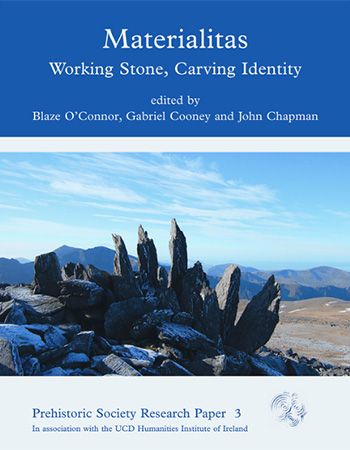 Stone monuments and objects represent material that is both highly accessible to archaeologists today, and formed a focus for engagement, transformation and re-use in the past, because of its paradoxically enduring yet malleable quality. This enduring character means that stone is inextricably linked to notions of monumentality and remembrance and formed an active medium in the creation of identities and memory life in a range of social contexts and practices.

It can be argued that the material presence and physical character of stone objects and monuments are not only actively harnessed in these encounters, but are also the very stuff from which social relations are derived, perceived and thought through. As well as highly visible statements in the form of finished objects and monuments, stone was encountered in the embodied, performative and incorporated practices of daily activities and remembrance traditions.

We have recently, and increasingly, seen exciting evidence for the active use and re-use of quarrying and carving locations, natural, worked and carved stone surfaces and quarried and fragmented stone objects and blocks. This area is therefore a rich arena within which to develop our narratives and interpretations, and one that recognises the agency and effect of material forms in the creation of social relationships. Rather than thinking of stone simply as a blank and passive slate onto which meanings were inscribed, we can explore its power and effect in terms of the ways meanings emerged out of people’s engagement and encounters with its physical properties. This volume brings together authors working on the materiality (materialitas) of stone via different forms of stone objects, rock art, monuments and quarrying activity

Introduction: Materialitas and the Significance of Stone
Blaze O’Connor and Gabriel Cooney

PART ONE: STONE QUARRIES AND MONUMENTS