Bell Beaker Settlement of Europe: The Bell Beaker Phenomenon from a Domestic Perspective 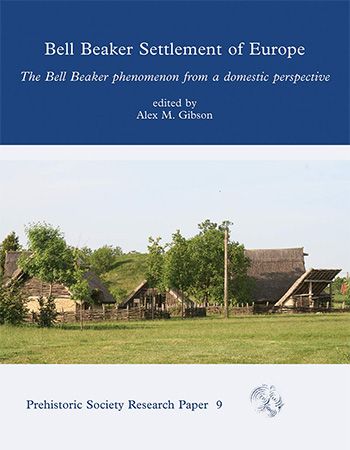 European studies of the Bell Beaker phenomenon have concentrated on burial and artefacts that constitute its the most visible aspects. This volume concentrates on the domestic sphere – assemblage composition, domestic structures (how they differ, if at all, from previous types, legacies), and provides the first pan-European synthesis of its kind. It is a Europe-wide survey and analysis of Bell Beaker settlement structures; this is particularly important as we cannot understand the Bell Beaker phenomenon by analysing graves alone. Neither should we view Bell Beakers in isolation but must consider the effect that they had on already existing Late Neolithic cultures in the areas in which they appear. This volume is therefore intended to view the settlement aspect of Bell Beakers in context throughout Europe. It is the text book for Chalcolithic settlements and society.

Contributors to the 19 papers belong to Europe-wide affiliation of experts specialising in Bell Beakers and the Chalcolithic (Archeologie et Gobelets) which addresses common pan-European issues surrounding the appearance and spread of Bell Beakers. This book summarises that data from the UK and many of the continental European countries; an increasingly important element of Beaker studies following recent isotopic and DNA evidence showing that the phenomenon was a result of human migration and not that of cultural ideas, trade and ideology.

Each chapter deals with a defined region or country and is fully illustrated, including a corpus of Beaker houses and comparing then with Late Neolithic domestic structures where they are known to exist. The following themes will be addressed: