Settlement in the Irish Neolithic: New discoveries at the edge of Europe 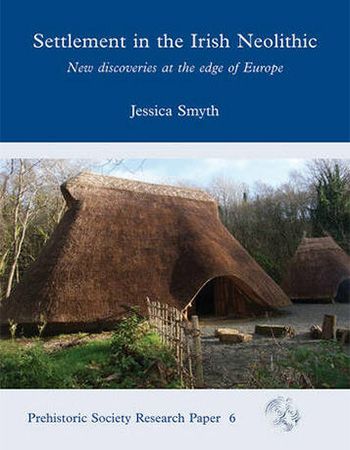 A defining element of Irish Neolithic settlement evidence is the rectangular, timber early Neolithic house, numbers of which have more than quadrupled in the past ten years. The proposed monograph, a revised and updated version of my doctoral thesis, will present these early Neolithic houses as archaeological phenomena in their own right, rather than just proxies for the arrival and spread of agricultural communities. The early timber houses will also be related to subsequent architectural and settlement developments from the middle and late Neolithic as well as to other forms of settlement evidence across the landscape. The first approach emphasises the fact that these substantial timber houses are a phenomenon of the early Neolithic and may represent as little as 150 years of activity. The second draws attention to the variety of Neolithic settlement evidence being uncovered across the island, in particular the large amount of non-structural remains, and suggests that archaeologists need to approach the idea of a house-centred, fully sedentary Irish Neolithic more critically.

Developer-led archaeological excavation in Ireland is generating enormous amounts of data as road schemes and gas pipelines, as well as large residential and commercial development projects, offer unparalleled access to entire prehistoric landscapes. It is these landscapes and the settlement remains scattered across them that provide the social context for the stone monuments that have traditionally shaped our views of the Neolithic in Ireland. However, while we now know far more about the settlement data, the pace of excavation and discovery has meant that interpretation and analysis is struggling to catch up with the sheer quantity of new material being uncovered. The monograph is driven by the need to provide a human-scale narrative of the Irish Neolithic and to promote interest in and understanding of the often stunning Irish evidence and its significance in a European context.

The proposed monograph will provide a state-of-knowledge review of the Irish Neolithic right at the peak of infrastructural development. The value of the publication lies in the fact that it brings together so much of the unpublished grey literature, providing both the national and international academic community and wider public with an up-to-date synthesis of the major developments in, and revisions of, early prehistoric archaeology in the last ten years.

The study of the Irish Neolithic has traditionally been a study of megalithic tombs, not surprising given the wealth and high visibility of these sites. However, with the growth of infrastructural development Irish archaeology has entered a phase where most excavation is deliberately avoiding upstanding monuments, revealing instead timber buildings, hearths and pits – the remains of everyday life. Current research in Ireland has been slow to exploit the full potential of this new data. Treatments of the Irish settlement evidence remain relatively functionalist, despite wide recognition by the archaeological community of the interconnectedness of domestic and ritual life in the past. The monograph will re-connect these megalithic monuments with the not so well known and mostly invisible settlement traces of our first farmers. In a similar manner, the monograph will re-connect the Irish settlement evidence with material from the continent, broadening discussion and deepening understanding of the role of the house in the European Neolithic. In this regard the monograph will make a significant contribution to the study of European prehistory.