The Drowning of a Cornish Prehistoric Landscape : Tradition, Deposition and Social Responses to Sea Level Rise 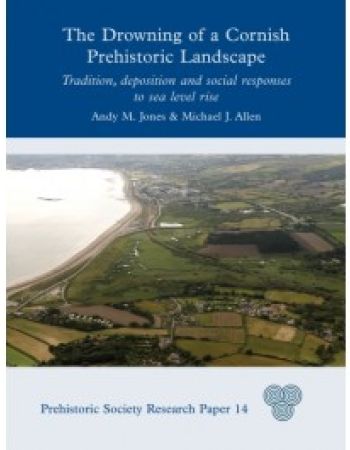 Between 2018 and 2019, Cornwall Archaeological Unit undertook two projects at Mount’s Bay, Penwith. The first involved the excavation of a Bronze Age barrow and the second, environmental augur core sampling in Marazion Marsh. Both sites lie within an area of coastal hinterland, which has been subject to incursions by rising sea levels. Since the Mesolithic, an area of approximately 1 kilometre in extent between the current shoreline and St Michael’s Mount has been lost to gradually rising sea levels. With current climate change, this process is likely to occur at an increasing rate. Given their proximity, the opportunity was taken to draw the results from the two projects together along with all available existing environmental data from the area.

For the first time, the results from all previous palaeoenvironmental projects in the Mount’s Bay area have been brought together. Evidence for coastal change and sea level rise is discussed and a model for the drowning landscape presented. In addition to modelling the loss of land and describing the environment over time, social responses including the wider context of the Bronze Age barrow and later Bronze Age metalwork deposition in the Mount’s Bay environs are considered. The effects of the gradual loss of land are discussed in terms of how change is perceived, its effects on community resilience, and the construction of social memory and narratives of place.

The volume presents the potential for nationally significant environmental data to survive, which demonstrates the long-term effects of climate change and rising sea levels, and peoples’ responses to these over time.