Recent discoveries of archaeological canoes in Aotearoa New Zealand: conservation, analysis of sailing technology and the implications for prehistoric voyaging in the Pacific. 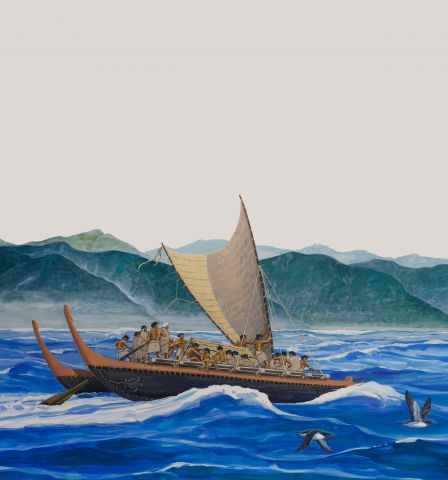 The Pacific was the world’s first ocean to be settled by humans and New Zealand /Aotearoa was among the East Polynesian islands most remote and last to be settled. The recent discovery and conservation of the waterlogged remains of several canoes, including an early complex and carved sailing canoe of East Polynesian type, provides an opportunity to examine ancient sailing technology and to address the question of how islands like New Zealand were settled. In particular, we were interested in whether the canoes had the capability to make return voyages of exploration and migration. A collaboration of archaeology with the Yacht Research Unit at the University of Auckland, involving wind tunnel testing of indigenous sails and tank testing of model hulls plus computer simulations of ocean voyages has been used to provide insights into the nature of ancient voyaging and migration.