Great Zimbabwe in popular imagination: revelations through the years 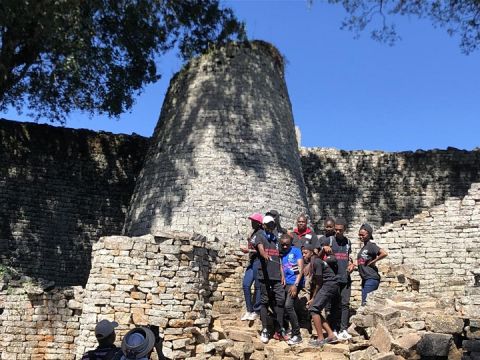 Great Zimbabwe is one of the most prominent and internationally renowned archaeological sites and landscapes in Africa. In Euro-American minds, it has undergone various transformations from being King Solomon’s mines and the source of gold for the Queen of Sheba to being an African built remnant city. Amongst the locals, Great Zimbabwe was associated with myths and legends including that of the four-legged zoomorphic pot that traversed local mountains.

When professional archaeology established itself, the site became a premier archaeological monument. In the process, indigenous communities were marginalised and they viewed the site as an orphaned shrine. Now, more than forty years after independence, the public is demanding greater voice in knowledge construction to the extent of using spirit mediums to identify areas for excavation by archaeologists. This represents decolonisation gone too far for some but to others this symbolises the much-needed community inclusion and empowerment. The question then becomes how can archaeology address research questions while meeting the needs of interested publics such as spirit mediums and local communities?

Using excavations performed at Great Zimbabwe over the past decade, this paper argues that archaeology can make contributions towards answering big questions on political economy, simultaneously fulfilling community expectations. By being many things to many people, archaeology has more to gain than lose because the bigger the stake in popular imagination the better for a discipline currently faced with precarity in different parts of the globe.